Wake-Up after Shut Down/Power Off & Start of Service 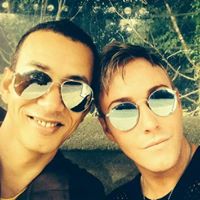 By PeterGrohlich,
October 1, 2011 in Windows